The ESSE Purse Museum in the SoMa neighborhood of Little Rock gives visitors the chance to check their weight, but not on their own.

In a red-painted alcove, a scale hangs from the ceiling next to a large-print invitation: “Weigh your bag.” An information board asks: “Is your bag too heavy?” In addition to this question, you will find six suggestions for easing the burden of a Little Rock chiropractor. They include multiple compartments to help with weight distribution and the carrying of a wide strap on the shoulder opposite the handbag.

A piece of advice might call for using a bathroom scale later: “Keep the weight of your purse between 5% and 10% of your body weight.”

Weighing the handbags is part of the main mission of the SSE, stated on its website, to tell “the evolution of the woman of the twentieth century through the bags she carried and their contents”.

The staff is led by founder and owner Anita Davis and manager Ally Short Weaver. The online flyer conveys a feminist tone: “We don’t just present props, but rather make HERstory tangible and familiar. It’s often the minute details, the scribbled notes in the margins of our story that truly encompass the female experience. you in the journey of the 20th century woman, it is not only the sense of nostalgia but also the sense of togetherness that you will feel.”

The permanent exhibit “honors and celebrates the progression of the 20th century American woman – decade by decade – through the lens of her handbag and its contents. Through the artful collection and display of this material culture , as well as through photographs and ephemera, ESSE offers a contemplative portrait of the struggles, accomplishments and, more broadly, of the times in which she lived.

Visitors are spared the didactic messages of the exhibits themselves, in what is said to be the only stock market museum in the United States.

Updated during a closure following the advent of COVID-19 in 2020, the permanent collection does a dynamic job of providing a broader social and cultural context. Handbags of various sizes and shapes play the starring role, but many other objects tell fuller stories as 10 glass display cases travel through the 20th century.

The ESSE is further enhancing its offer of temporary exhibitions. The latest, which opened on January 25 and runs through February 20, is “Miniature Couture.” The latest in the museum’s three-part “Collector’s Series”, it features dolls owned by Little Rock collector Marsha Stone.

According to the museum’s account, the new exhibit “offers visitors a window into the world of high-end fashion dolls. With bodies sculpted to mimic those of top models, fashion dolls are a convenient medium for many designers to test out outrageous new styles. Although they average only 14″ tall, these dolls look like they could pop out of the case and onto a runway.”

Visitors old enough to have attended high school when Latin was still widely taught can correctly guess that the museum’s name is borrowed from the ancient verb “esse,” which means “to be.”

In the website’s formulation, “the concept of being, the process and the potential of existence – these serve as catalysts to honor the feminine”.

It might sound like overkill, but ESSE’s exhibits offer plenty of down-to-earth fun as well as cultural lessons. Visitors might even be inspired to buy a handbag from the well-stocked shop associated with the museum.


“Weigh Your Bag” is a message of relief from the burden at the ESSE Purse Museum. (Special for the News-Times/Marcia Schnedler) 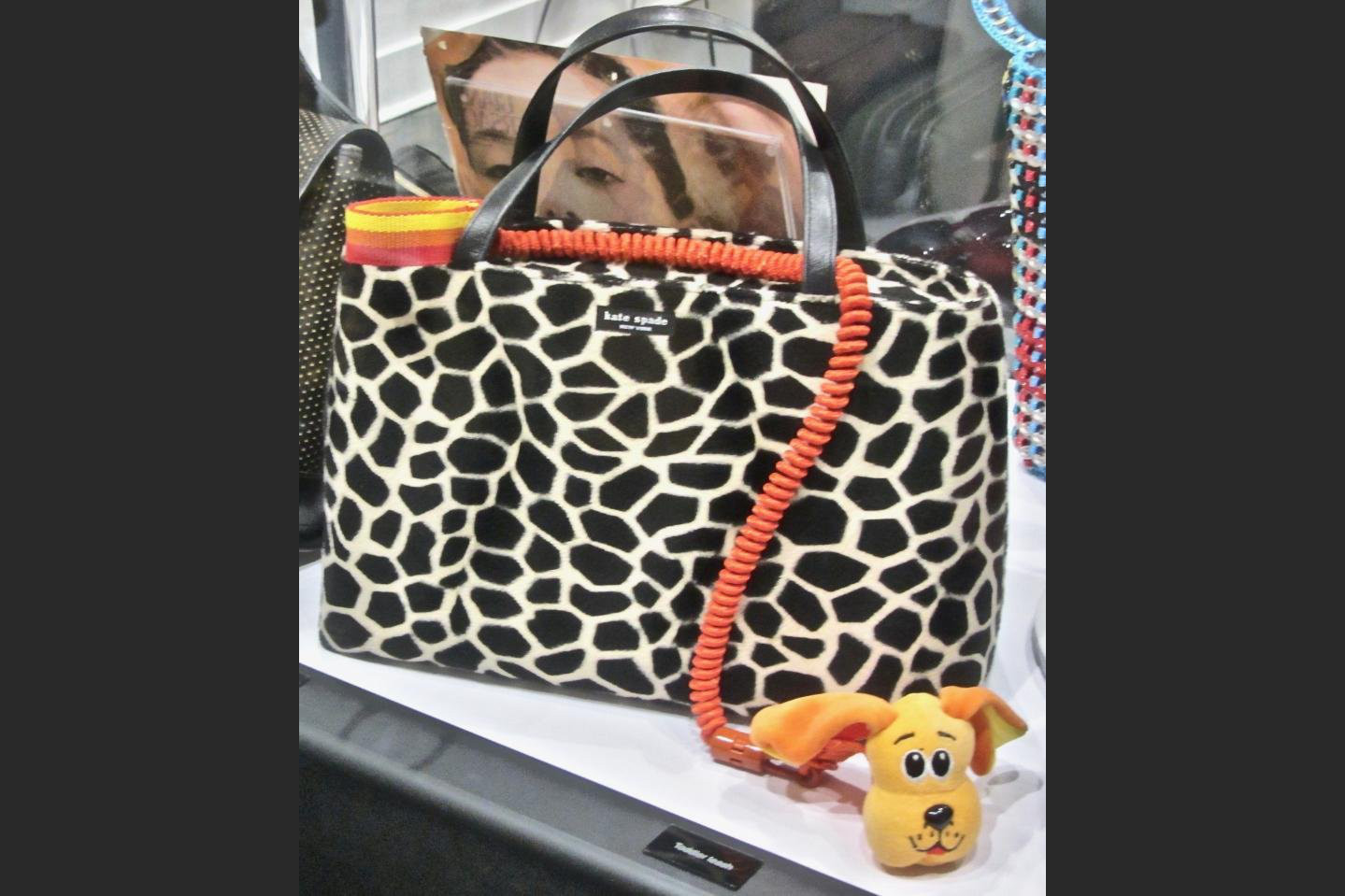 A stylish purse has a puppy on a leash at the ESSE Purse Museum. (Special for the News-Times/Marcia Schnedler) 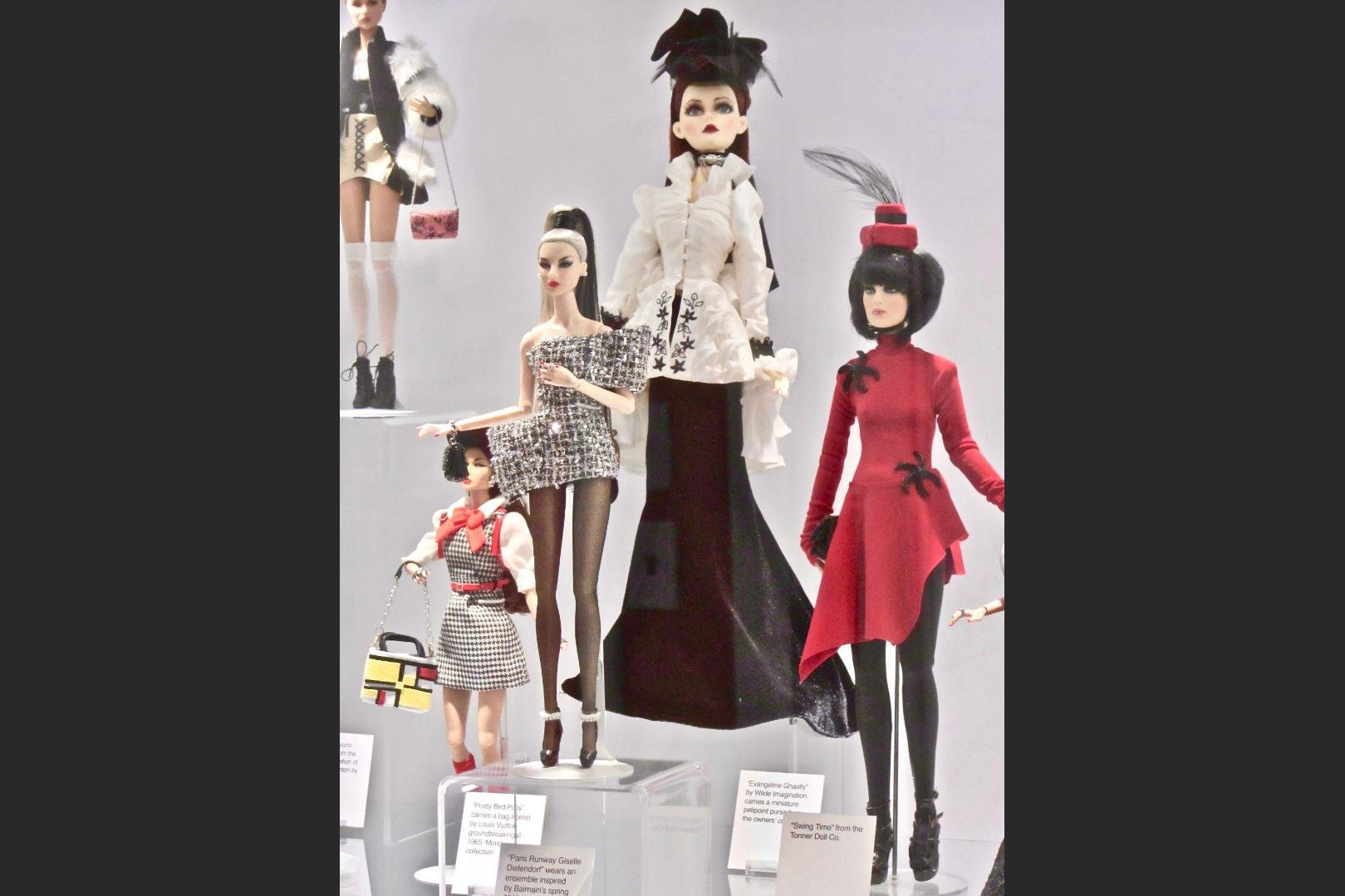 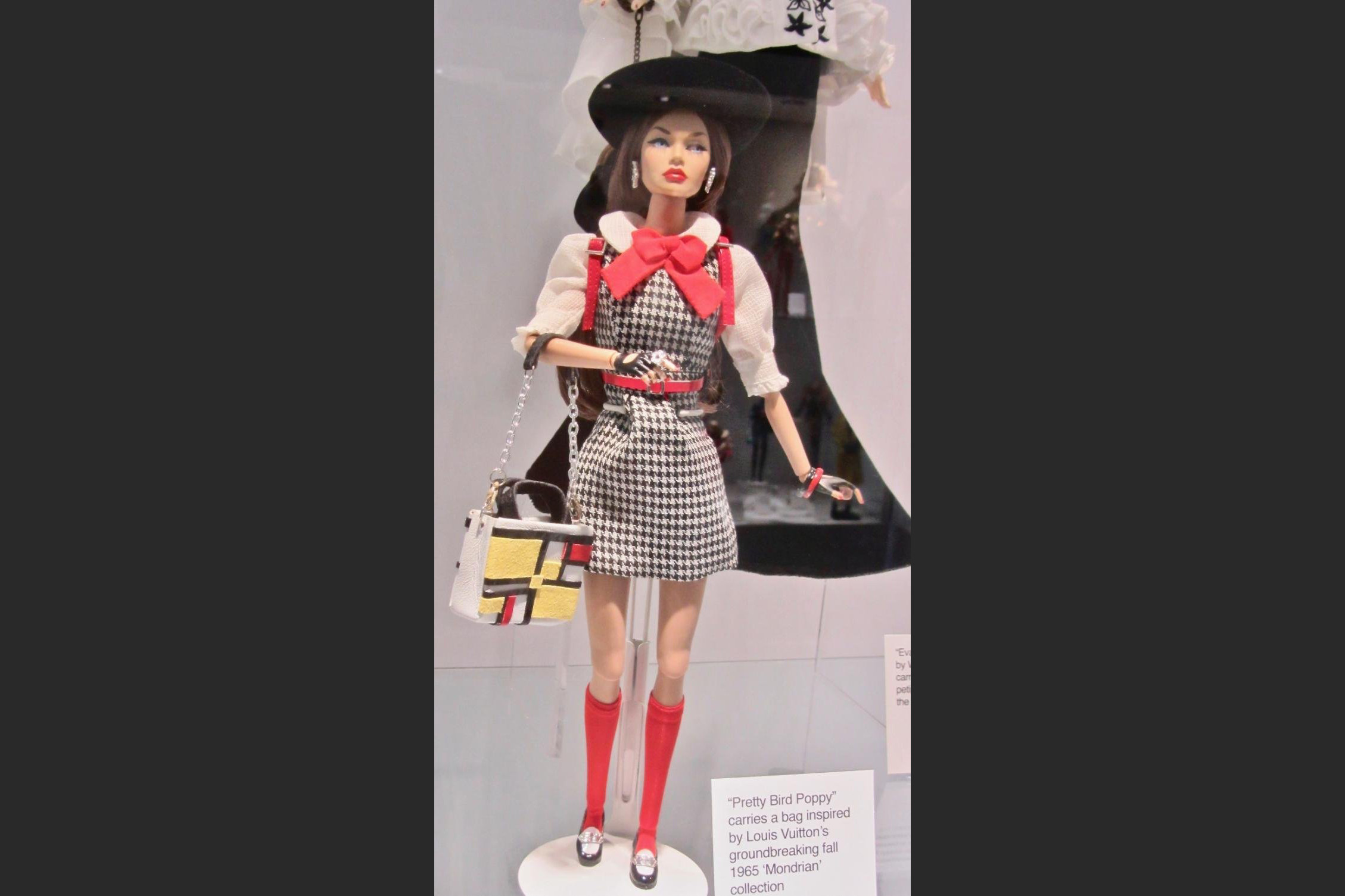