The Origins of Archery in the UK – Discover the roots of British archers. The bow and arrow have woven their way through British history for thousands of years. Evidence of the earliest example of a hunting bow was recently discovered in Somerset, dating to 2690BC, and excavated flint arrowheads date back 20,000 years. Discover the rich history of our sport and its fascinating beginnings.

The origins of archery in the UK

Discover the roots of British archers

The bow and arrow have woven their way through British history for thousands of years. Evidence of the earliest example of a hunting bow was recently discovered in Somerset, dating to 2690BC, and excavated flint arrowheads date back 20,000 years.

The progression of the bow and arrow from a hunting implement to a weapon of war occurred after the Battle of Hastings in 1066. About 1000 or more Norman archers successfully breached the Saxon shield wall with their looping arrows, contributing greatly to English. defeat that day, and triggering the development of the longbow as a weapon.

From war to leisure

In the Middle Ages, the skill of archery was strongly encouraged, both for war and sport. The yew longbow and its well-trained archers made England a formidable opponent at this time, until the use of gunpowder in the 15th century eventually rendered the bow obsolete on the battlefield.

Although the weapons of war changed, Britain’s relationship with the bow continued as a form of recreation. Archery for sport grew in popularity, with competitions held for fun and exhibition, and societies formed by enthusiasts. 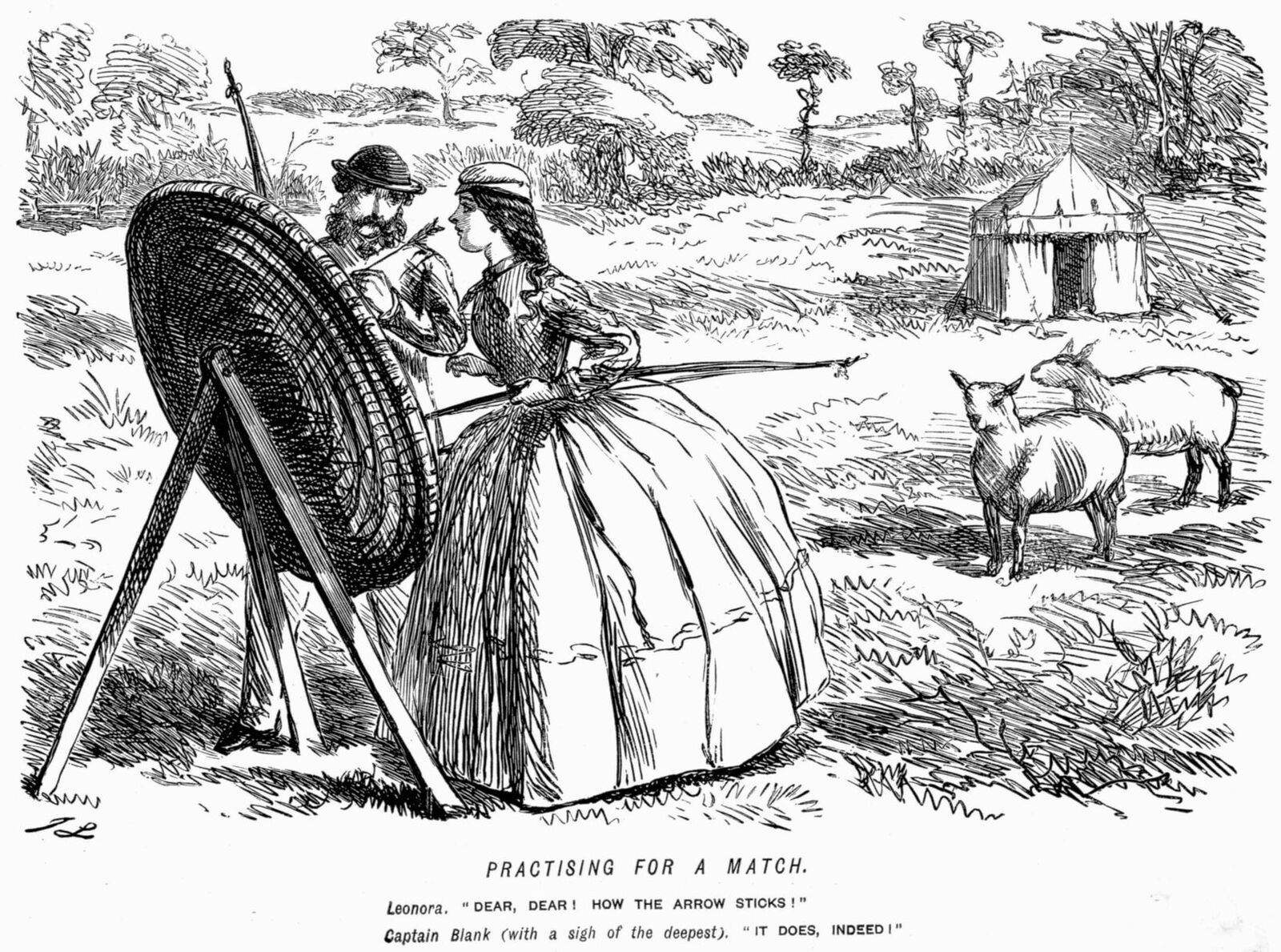 The sport of archery

The history of archery societies includes some interesting examples dating back to the late 15th century. The Ancient Society of Kilwinning Archers was formed in 1483, following the monarch’s directive to prepare for battle. Their tradition of shooting an artificial bird from the city bell tower continues to this day during the usual annual grand festival. Another historical society known for its annual tournament is the Society of Archers of Scorton, founded in 1673. The original grand prize of this tournament is as it originally was – the Antient Silver Arrow.

These early societies paved the way for the well-established cadre of societies and clubs that exist today, including Archery GB. 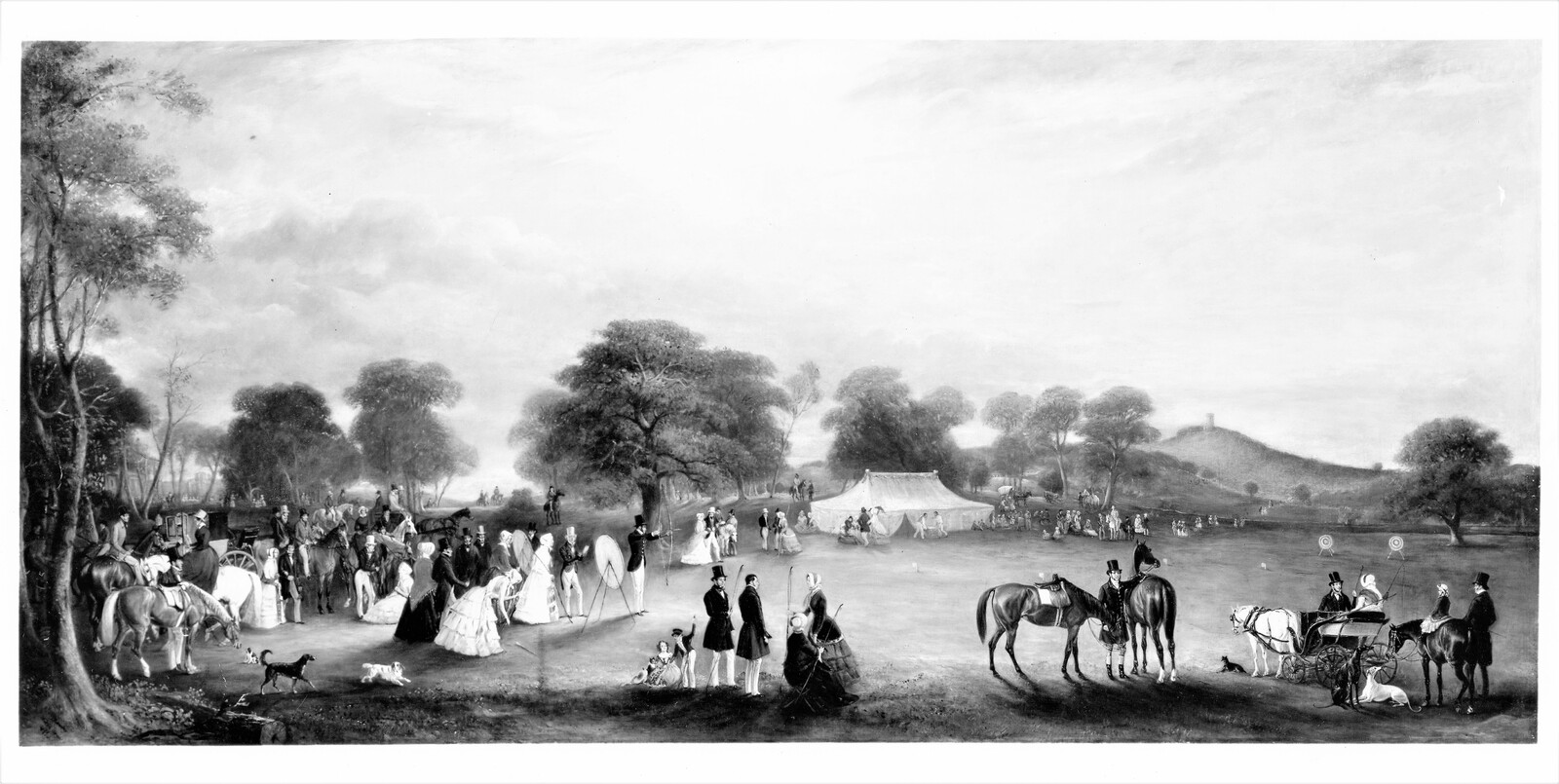 The Worshipful Company of Fletchers

Beginning as a group of arrow makers, The Worshipful Company of Fletchers is now a livery company with an impressive track record of charitable giving, particularly providing financial support to all levels of the archery community. disabled bow.

They raise funds through the Fletchers Trust to support the para-archery program and sponsor the Fletchers’ Disability Championship, a very inclusive event. 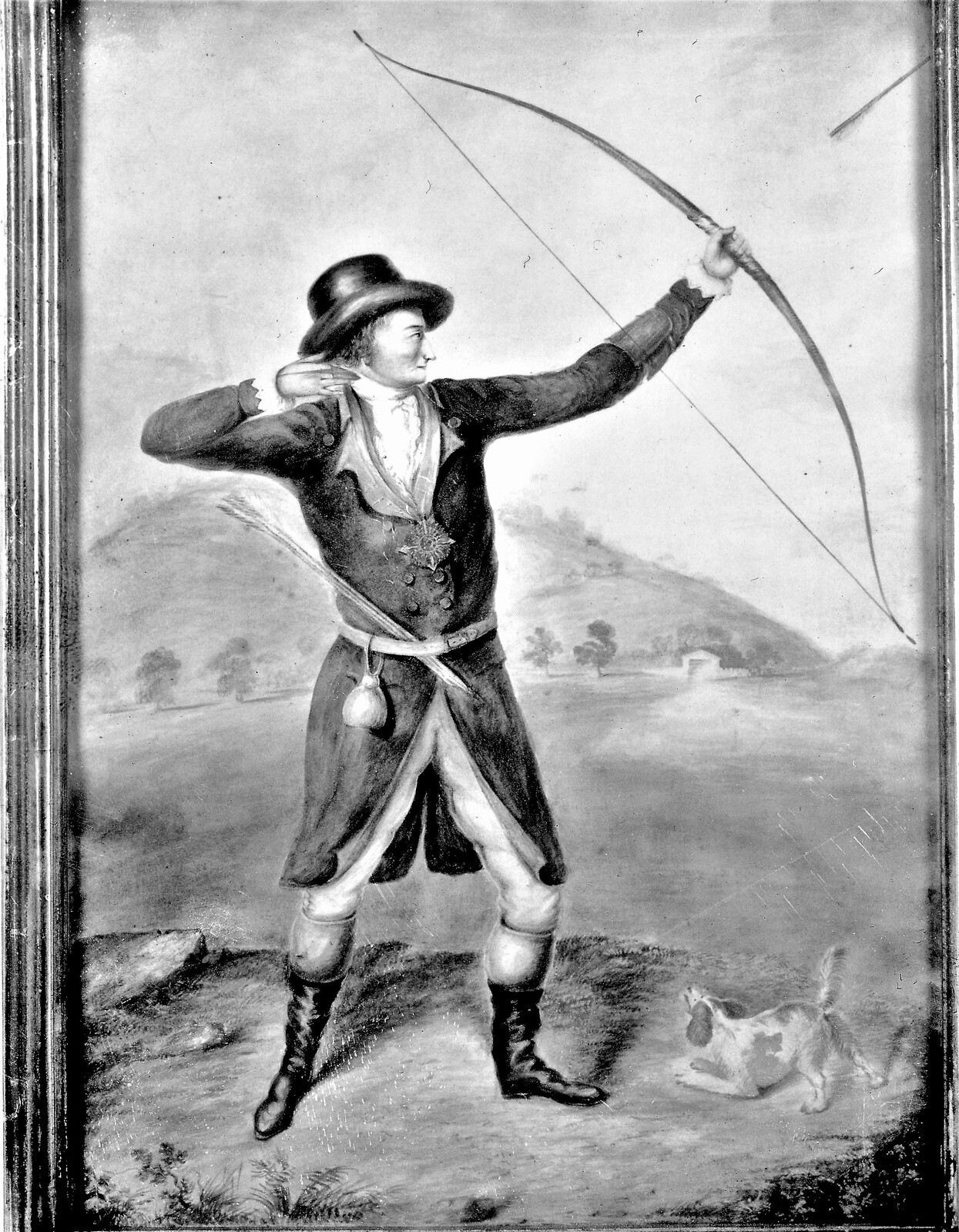 The archery dress through the ages

Modern target archery began with Sir Ashton Lever of Alkrington Hall, Manchester, who established the Toxophilite Society in 1781. The dress code which formed part of the regulations consisted of coat, breeches and boots, with a feathered hat – typical attire of an 18th century sportsman. The archer’s coat, however, was to be green, presumably in reference to Robin Hood and the men of the “green wood”.

Early archery clubs were for men only, although women were present as supporters, with the exception of the ladies of the Royal British Bowmen, established in 1787. The ladies wore simple empire line dress and a hat adorned with an ostrich plume. The Victorian era brought greater female participation and the patronage of the Sovereign of the Royal British Bowmen and Queen’s St. Leonards, Archers of Hasting. Dresses became more elaborate, while men wore top hats, slacks, and shoes or small boots. To prevent the wind from lifting ladies’ skirts, Mr Friskney of Cheltenham invented the “Anti-Aeolian” a series of weighted straps suspended from the waist. 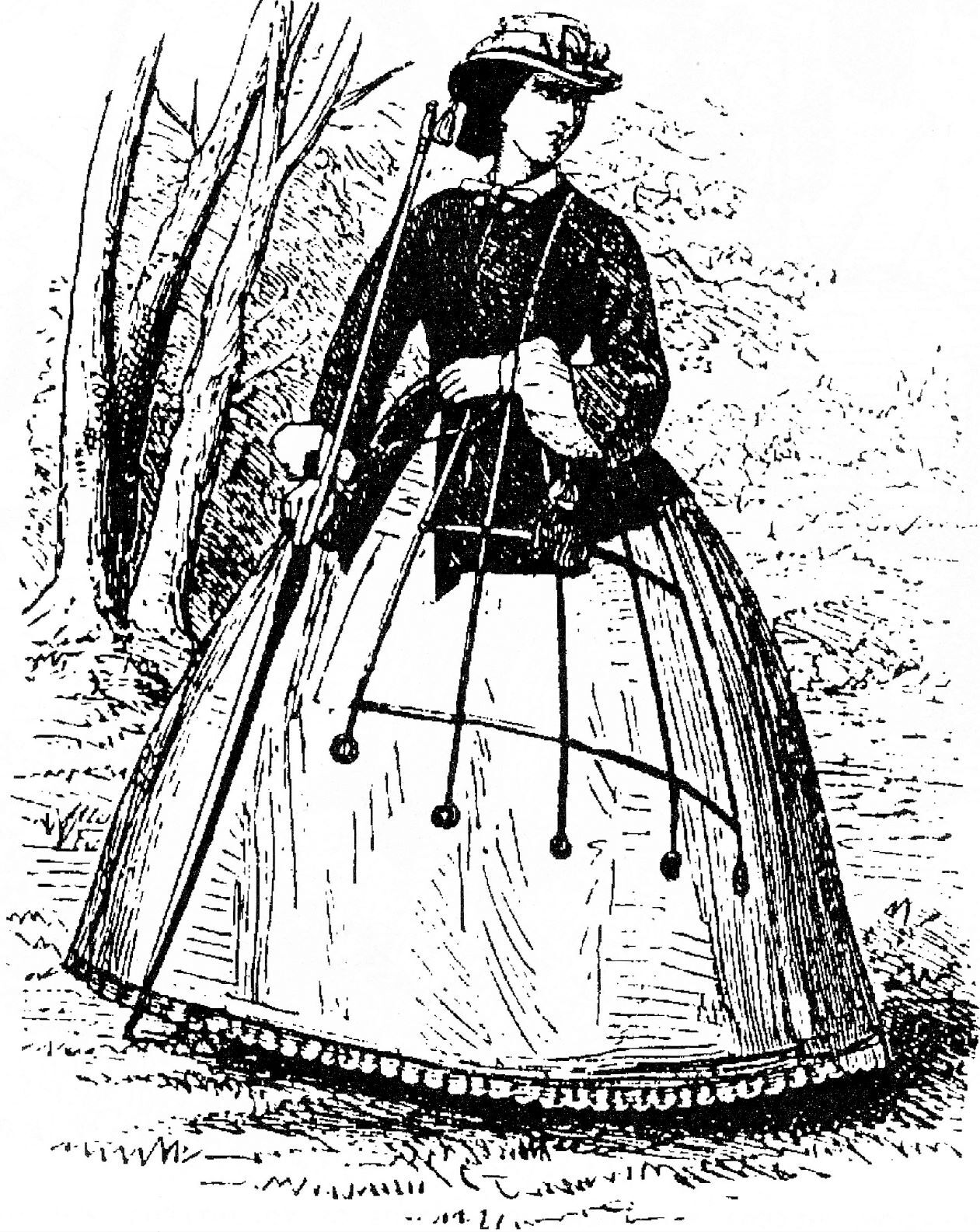 A tight whalebone bodice combined with many petticoats and then the addition of a bustle or crinoline hoops made an “archer’s” dress increasingly restrictive and cumbersome. The inconveniences of these fashions led to the campaign for “rational dress” led by two Americans, Amelia Bloomer and Elizabeth Cady Stanton. They were advocates for feminist reform across society, including women’s suffrage, and their campaign eventually led to a more sensible approach to women’s dress.

Alice Legh, who shot at the Tox ladies’ day in 1903, wore a lightweight full-length dress, with long sleeves that didn’t bother her – Legh was champion of England no less than 23 times. Lottie Dod, silver medalist at the 1908 London Olympics, wore a white long-sleeved blouse and simple skirt.

It was the beginning of the modern era with men and women adopting simple, unpretentious and practical clothing.

Throughout history, archery has been a strong standard for gender equality. Ancient mythology contains good examples of female bow hunters, with the Greeks honoring the goddess Artemis and the Romans worshiping the goddess Diana, the huntress. Tudor tales tell of Anne Boleyn wooing her future husband, King Henry VIII, with her archery skills.

In 1787, the Royal British Bowmen were the first society to begin accepting female members, and the popularity of the sport for both men and women grew steadily. Great strides have been made over the last century to ensure the inclusiveness of archery, but there are still steps to be taken to continue this momentum. 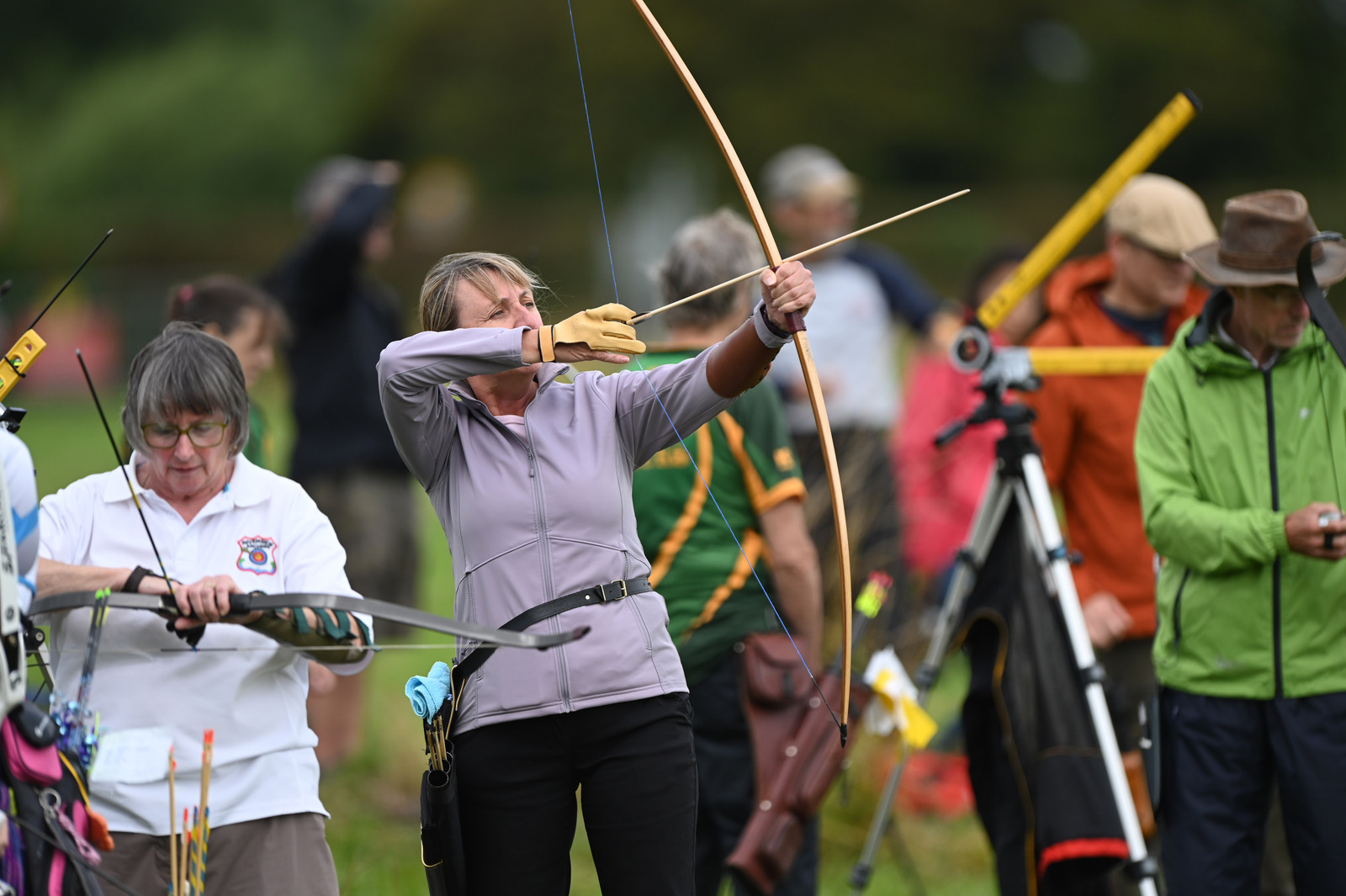 The origins of Archery GB and its future

Archery GB’s vision is to enrich people’s lives through archery, ensuring that individual needs and personal development can be met and respected throughout the sport.

We hope Archery GB can come back stronger than ever after the pandemic, encouraging new and continued interest in this incredible pursuit and honoring the history of archery through our values.